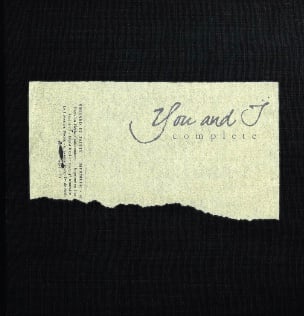 YOU AND I "Complete" 2xLP Discography PRE-ORDER

by YOU AND I

***UPDATE: Due to the global pandemic, this release has been delayed***
OFFICIAL RELEASE DATE = September 14th

From New Jersey, You And I were a band from 1996 to 1999. During that time they released two full length albums, an EP and a 7”, all of which are included on this complete discography. You And I contributed to the diverse 90’s hardcore scene, creating sounds that appealed to hardcore, punk, metal, and emo scenes alike. Although they were only around for a few years, the impact of You And I is still felt today in the hardcore and punk worlds. This discography includes all of their releases, including “Saturday’s Cab Ride Home,” “Within The Frame,” “The Curtain Falls,” and their sole 7”. All of these tracks have been mastered for vinyl by Jack Shirley at The Atomic Garden. This 2xLP comes in a gatefold jacket and a digital download.